On 8 April 2016, the High Court of First Instance of Paris rendered a judgement in which it ruled that trademarks composed of the sign LOL are devoid of distinctive character (Tribunal de Grande Instance de Paris, 8 avril 2016, n° 14/18057).

In the present case, a French company sold several goods, and notably pencil cases, on which the acronym LOL is reproduced. Another company, which owns notably several LOL trademarks, sued the first one for counterfeiting of its trademarks rights.

« … LOL, is an acronym meaning « laughing out loud », used commonly to indicate laughter in three letters and to convey the symbol of mirth or merriment and whose meaning is easily understood by the French consumer and anglophone ».

Since LOL is a common and universal term, which has a strong sense for the average consumers, their attention will only be focused on the hereabove meaning. Thus, the sign LOL won’t be perceived by the relevant public as an indication of the commercial origin.

The decision can be challenged before the Court of Appeal of Paris. 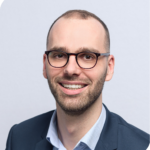